Worship Audition Fails: How to Avoid These 8 Big Blunders

“Carl wants to play on our worship team!”

Carl (not his real name) was a pro-level keyboard player who had recently left another church and had been attending mine. Current team members who knew him passed along this juicy piece of intel.

As much as I wanted a player of his caliber, something wasn’t sitting right with me. But I proceeded to audition Carl and invite him on the team.

That series of events would lead to an epic train wreck of a service. I’ll tell you more about in a bit.

But first, my goal for this article is to help you…

Your qualification process (how you find, qualify, and invite new team members) is one of the most crucial systems in your worship ministry. Even if you only add one or two people per year, you’ve still got to get it right.

(If you’ve ever had a team member who’s not a good fit, you know that the last one is true. Amen?)

But before we get to the blunders, let’s first look at who the “wrong” people are for your team. There are three “wrong” people that every worship should avoid (or at least delay until they grow and mature).

#1: The Talented But Toxic Person.

This tech, instrumentalist or vocalist as the fantastic skills, but also has some ego or attitude issues.

He or she has a good personality, but their skill level just isn’t there.

This person is a good player, singer, or tech, but you see signs that they won’t have the commitment level to serve on the team.

I can tell you that Carl was a potent mix #1 and #3, which you’ll see as we explore these blunders.

When I first started leading a worship ministry, my audition process was what I would later refer to as a four-chord/pulse check tryout. 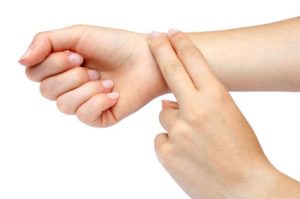 If they could play four chords (or whatever musical equivalent on their instrument) and had a pulse, they were on the schedule. Probably the very next week.

Later, I bolstered the process to avoid repeating early mistakes, but I never fully structured and standardized the process. As a result, my ambiguous system caused issues:

Plan out (and document) a clear process for someone moving from interested to invested.

To get more help with creating a process, register for our free, upcoming webinar, Healthy Auditions: 3 Secrets to Avoid Toxic Tryouts and Keep Dysfunctional People OUT of Your Worship Team. [Register Here]

This next blunder is where you have a process, but you move too quickly through it. You don’t get to know the team member well enough and may invite someone who’s not truly qualified.

You need time to make sure this person meets the musical standards of your worship ministry, but also fits the culture of your team.

I can tell you this was one of my mistakes with Carl. So what’s the solution to this blunder?

Use an intentional multistep approach for your qualification process. You need to think through and answer this question:

“What are all the steps it should take to move someone from interested to invested?”

When you attend the upcoming webinar, we’ll be talking about all those steps. AND, we’re giving away an exclusive tool called the 31 Audition Killers Checklist. It’s will help see where your audition process steps needs improving.

If you need a multiple-step process, you also need multiple eyes and ears involved in that process.

I once interviewed and invited in a vocalist who I thought had a decent voice and could stay in pitch.

During this person’s first rehearsal, one of my other vocalists shot me a look that told me otherwise.

Apparently, I had neglected to see if this vocalist could sing harmony. Had any of my current vocalists been on the team, they probably wouldn’t have missed that.

There are steps in the qualification process that keep flakey people off your team—hence, “flake filters.” 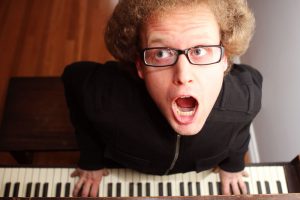 A flakey person is someone who’s not committed, or who might be gung-ho for a bit, but will “flake” out later.

If your audition process is too easy, they can get in too easy.

Flakes may include the following:

These are the folks who are ready yesterday to join your team. Not every eager beaver will flake out. But I’m always a little cautious with people who a little too gung-ho to join the worship ministry.

These people are likely there to fill a need or gap on the team. They might have the right skill, but if their heart isn’t in it, help them find a ministry that they can be passionate about.

Everyone is busy. But there are those people with exceptionally full (and often erratic) schedules. If you struggled to get a person scheduled for interviews or auditions, ask yourself:

Will he or she be available enough to be on our team. And if they will make Sunday a priority, will he or she have time to meet the preparation standards of our team?

Musically, these people are flakes because they too often rely on their skills and experience and will “wing it” rather than learning their specific part. Relationally, they’re toxic because of their arrogance.

So, how do you keep out these flakes?

You want to create elements and events along the way that act as filters. One example is requiring an application. If someone doesn’t complete a simple form, they’re probably not a good fit for your team.

Just having a multistep audition process is enough to filter some people out. Because of Carl’s skill level, I fast-tracked past many of our usual steps. I thought I was extending him professional courtesy. It turns out I was aiming a loaded gun at my own foot.

5. Not Preparing People To Hear NO

Telling someone, “NO, you can’t be on the team” can be brutal—for them and you. But it has to be done. 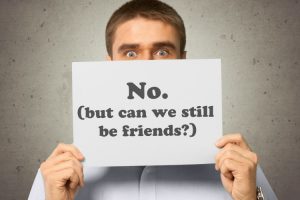 As hard as saying NO is, the alternative is worse. It’s easier to tell someone NO upfront than it is to remove them from the team later.

The solution. Prepare people to hear NO before they start into the process. An easy way to do that is to include a “we might say NO, and here are some reasons why” section in any audition documents you may have.

If someone doesn’t prepare for an audition, he won’t prepare when he’s on the team.

I made this mistake more than once, including my interview with Carl. He was such a phenomenal keyboard player that I just listened to him play some songs and we jammed a little.

Had I given him a few of our current songs, I would have learned something critical: Carl couldn’t play with a band. At least, not unless the band is following him.

Are you seeing the imminent train wreck?

7. Tilting Too Much Towards Talent

This was the biggest blunder I made with Carl. I was looking solely at his talent.

We get enticed by talent. But talent never trumps toxic.

Talent is never enough to overcome…

You might be able to tolerate it for a while. But, eventually, you’ll get a strong sense that the musical or technical skill isn’t worth the relational and emotional turmoil.

The solution is determining what else you need besides talent. Then, shape your qualification process in a way that lets you detect the toxic people.

Again, at the upcoming webinar, we’re giving away a premium resource that helps you determine your standards in five different areas. (And only one of them has to do with talent.)

8. No Onboarding or Orientation Plan

The final part of the qualification is one of the most critical—how do you move someone from an invitation into the team to fully invested in the team.

You have to have a plan to help new team members know what to expect and what you expect of them. Too many times, I invited a new person on the team only to find a few months later that they were frustrated, and a few were even ready to quit.

I hadn’t intentionally onboarded them.

You need to create a process that moves someone from the end of the qualification process into full acclimation into the team. That might include standard training, ‘shadowing’ during rehearsals, frequent follow-ups, and even a formal review after serving a specific amount of Sundays.

A good onboarding process ensures that your new team member will be successful and integrate fully into your team.

The first week Carl played was an unmitigated disaster: 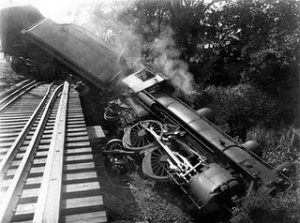 He didn’t play any of the actual parts. He got off the click. He stepped all over the bass player. And both guitarists. On one song, his part was so completely off the beat that the worship leader had to stop the song and start over.

Thankfully, Carl wasn’t long for our team. By what I can only say was God’s mercy, Carl moved away shortly after joining our team.

My failure to qualify Carl wasn’t just a disservice to my team and church, but it was also a disservice to Carl. He knew the train wreck was his fault. And while musical hubris might be blamed, I take full responsibility for not qualifying and preparing him to fit in with our team.

And these blunders are all preventable with a healthy qualification process. If you want to avoid these (and other) blunders by building a better audition process within your ministry, register now for the Healthy Auditions: 3 Secrets to Avoid Toxic Tryouts and Keep Dysfunctional People OUT of Your Worship Team. [Register for Free Here] 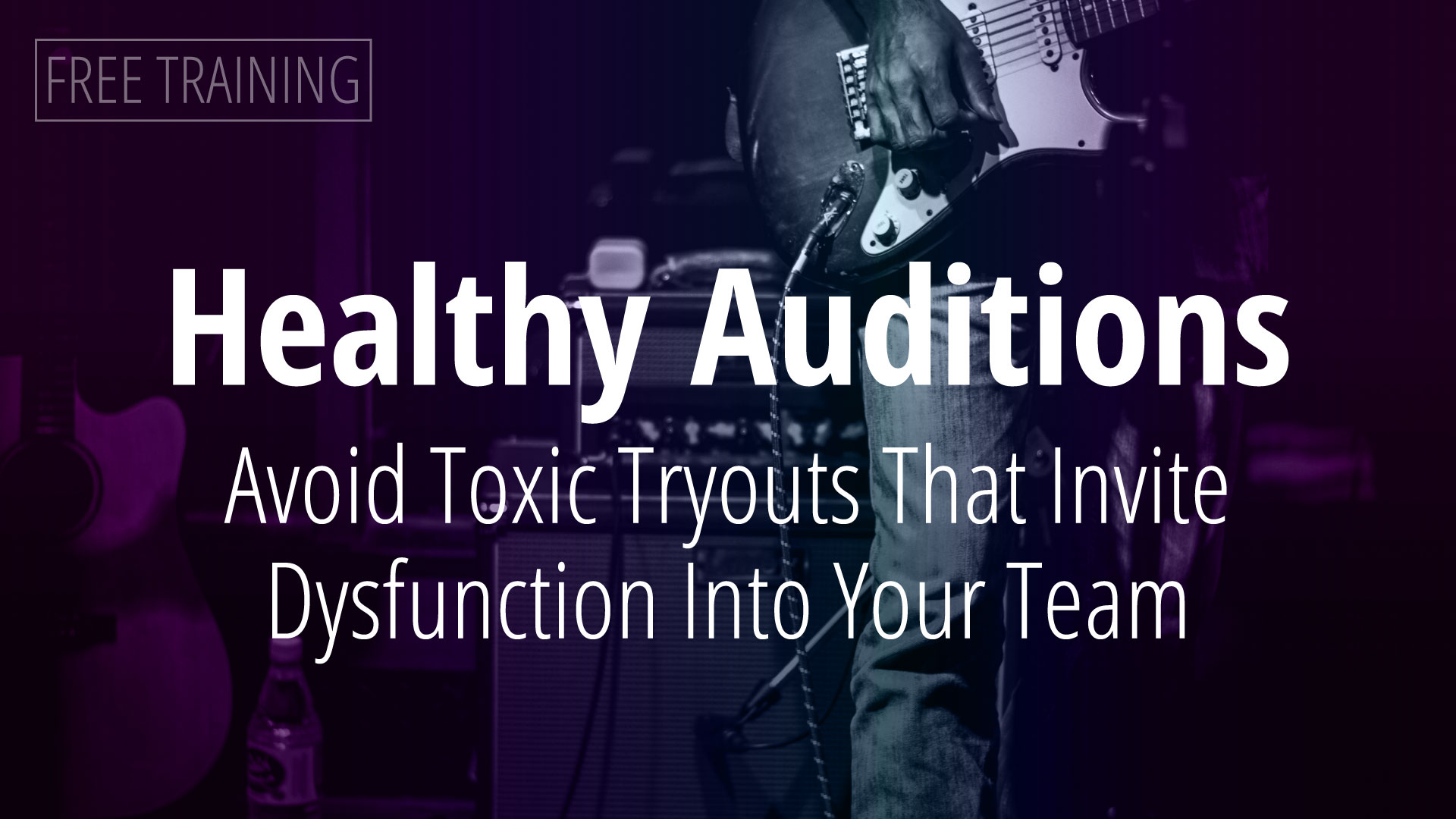